Thinking About Using Cannabis For Sleep? Here Are Some Things To Know 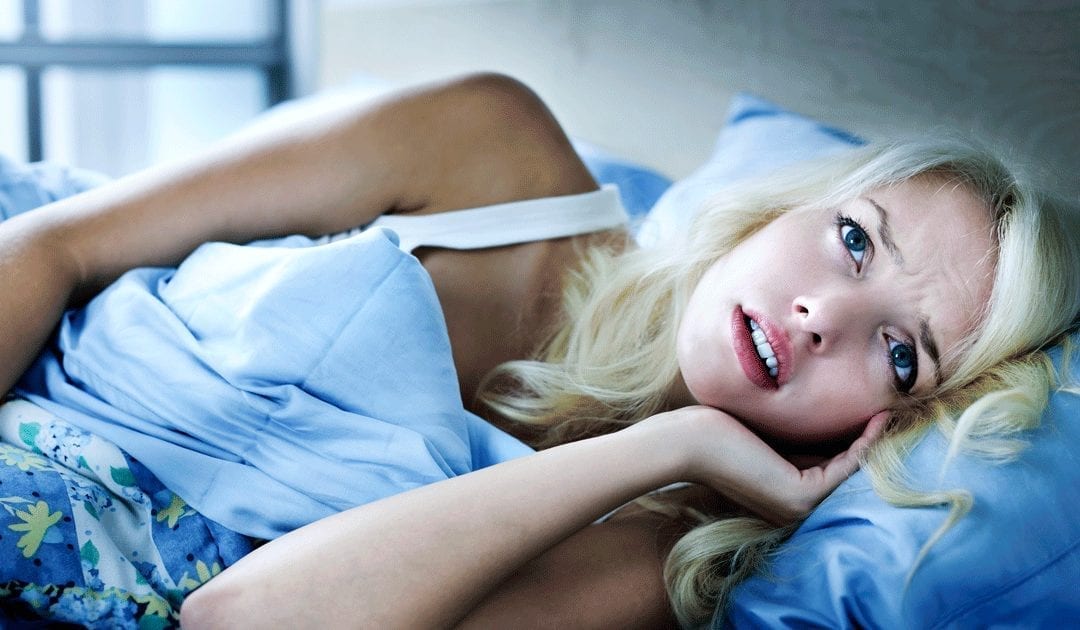 I’ve had a lot of patients and others of you ask me about using cannabis for sleep. I thought I’d take some time to go over some information that may be helpful in understanding how cannabis can affect sleep and sleep-related issues, and whether cannabis is something to consider for your sleep problems, in consultation with your physician.

The cannabis plant has been used for centuries as a sleep aid. Contemporary scientific research has measured what people have known and experienced since ancient times: cannabis has relaxing and sedative effects. In particular, cannabis makes falling asleep easier. One recent study found that cannabis shortens the time it takes to fall asleep, both for people with sleep problems and people who fall asleep without trouble. Among people with active difficulty falling asleep, cannabis use resulted in an average of 30 minutes less time in falling asleep. The study also included a group of people who were able to fall asleep without difficulty. Among this group of strong sleepers, cannabis helped them fall asleep even faster, by 15 minutes.

This research falls aligns with other studies that show cannabis use reduces the time it takes to fall asleep, and lengthens time spent in deep, slow wave sleep. Cannabis also appears to shorten time spent in REM sleep, likely as a result of one of its primary active ingredients, THC (more on this important component of cannabis in a minute.)

Cannabis has dozens of different natural chemical compounds that have effects on sleep, and sleep cycles. There are two main components to cannabis I’ll focus on today that are important to sleep: cannabinoids and terpenes.

Scientists have identified more than 100 cannabinoids in the cannabis plant. Many are being studied for their benefits for sleep and other health conditions, including psychological conditions like depression and anxiety, neurodegenerative diseases such as Alzheimer’s and Parkinson’s, seizure disorders, different forms of cancer, and chronic pain.

Three of the best-known cannabinoids all have effects on sleep.

Cannabidiol, or CBD, is a non-mind-altering cannabinoid that promotes relaxation.

Last week, I talked about the latest scientific evidence illustrating many of the benefits of CBD, including for sleep.  (I’ve written about CBD before: you can read about it here, and here.) CBD has no psychoactive effects—that means there’s no “high” associated with this compound. Scientists think instead that CBD works to balance or counteract the high that’s delivered from another cannabinoid, THC.

CBD has gained a lot of attention for its ability to reduce anxiety, relieve pain, promote mental focus and clarity. CBD also has the ability to reduce daytime sleepiness and promote alertness. Studies of CBD show that it reduces anxiety without affecting sleep-wake cycles.

Cannabinol, or CBN, is a less well-known cannabinoid than CBD. It appears to have powerful sedative effects, which may be enhanced when its combined with THC. CBN also has pain-relieving, anti-inflammatory properties. Studies suggest CBN stimulates appetite. (CBD, on the other hand, appears to suppress appetite.) CBN is found in aged cannabis, when, over time, THC converts naturally to CBN.

I’ve written recently about the emerging research about how CBN helps sleep and pain.

Tetrahydrocannabinol, or THC, is the main psychoactive cannabinoid in cannabis. THC is what gives the high that’s associated with cannabis use. THC can provide pain relief, and is also useful in reducing nausea. Research shows THC has sedative effects, and can make it easier to fall asleep. There’s also emerging evidence suggesting that THC may improve breathing during sleep, which makes THC a potential therapy in the treatment of obstructive sleep apnea.

Because of this diminished time in REM, THC reduces dreaming. That can be helpful to people who have conditions such as PTSD that involve frequent, disturbing dreams and nightmares. People may experience fewer dreams when using cannabis regularly. After stopping, its common to experience a burst of dreaming. That’s part of what’s known as REM rebound—an increase in REM that happens after REM has been suppressed.

Changes to sleep cycles are one factor to consider when evaluating whether, and how long, to use cannabis. All sleep cycles are important for healthy rest and functioning. Alterations to our nightly sleep architecture, especially over the long-term, can deprive us of the full restorative effects a night of sleep is biologically designed to provide.

Cannabinoids have gotten a lot of attention for their potential benefits for sleep, mood and pain, as well as other health issues. But terpenes also appear to play a pretty significant role in the effects of cannabis, including its ability to affect sleep. We’re still learning about how terpenes affect the body and mind. But scientists think they may work to enhance the effects of different cannabinoids, as well as affecting the body directly in a range of ways.

Terpenes are tiny, aromatic molecules in cannabis that create its smell and taste. Terpenes aren’t only found in cannabis—they’re found in many natural plants, fruits and flowers. There are more than 150 different terpenes that have been identified. Different combinations of terpenes in different strains of cannabis create distinctive tastes and smells. They also contribute to different strains having different effects when we consume them.

Science shows terpenes have effects on energy, mood, sleepiness and alertness. Some of the most common terpenes identified as helpful to sleep are:

Myrcene. Commonly occurring in cannabis, this terpene is also found in a lot of fruits and herbs, including mangoes, basil, thyme, and lemongrass, as well as in the sleep-promoting plants hops and ylang ylang. Myrcene has been shown to have sedative effects. It also functions as an anti-inflammatory.

Caryophyllene. This is a stress, anxiety and pain-relieving terpene that may also promote sleep, thanks to these relaxing, anxiolytic and analgesic properties. This terpene has a peppery, spicy scent, and is also found in cloves and black pepper.

Limonene. This citrus-flavored terpene, which is found in citrus peels as well as in cannabis and other plants, has been shown to reduce anxiety and stress, according to research. Limonene may also have anti-depressant effects. And research shows it may reduce OCD behaviors. Scientists think its calming, mood-lifting effects come from limonene’s ability to elevate serotonin levels in the brain. That may also make this terpene a sleep-promoter. Studies have shown that limonene may help reduce insomnia symptoms.

Terpineol. This terpene has relaxing, pain-relieving, and sedative effects. In addition to being found in some strains of cannabis, terpineol is also found in lilac, pine, and eucalyptus.

Linalool. This lavender-scented terpene is found in hundreds of plants, including cannabis. You probably know about the benefits of lavender for sleep, which I wrote about here. Studies show linalool lowers anxiety and depression symptoms, as well as help guard the immune system against damage from stress. Particularly important for sleep: linalool increases adenosine, a sedating hormone that helps us fall asleep.

Always consult your doctor before you begin taking a supplement or make any changes to your existing medication and supplement routine. This is not medical advice, but it is information you can use as a conversation-starter with your physician at your next appointment.

For people considering using cannabis, it can be a little intimidating and confusing to figure out what type of cannabis is best. There are many different strains of cannabis available. How do you know which one to choose?

Working with a knowledgeable medical provider and dispensary is essential. You can also use this basic knowledge of these natural cannabis compounds to identify the strain of cannabis that’s right for you.

Here are a few key things to know:

The most common cannabis strains are Indica and Sativa. There are also hybrid strains that combine the two. Indica is generally considered to be relaxing and sleep promoting. Sativa is generally regarded as more energizing and invigorating.

However, some scientists who study cannabis say that these generalizations of indica and sativa aren’t particularly accurate or useful. More important, they say, is the composition of cannabinoids and terpenes. When considering using cannabis for sleep (or other health conditions), these scientific experts say we’re better served by using an understanding of the effects of cannabinoids and terpenes to choose the particular strain that’s most suited to our individual needs.

When it comes to sleep, generally that means identifying a strain that contains relaxing terpenes, and a balance of CBD and a not-too-high concentration of THC. In addition to increasing the euphoric and mind-altering effects, higher concentrations of THC can make you feel sluggish the next day.

Don’t be shy about asking a lot of questions, and working with your physician and dispensary to make an informed choice you’re comfortable with.

Know potential side effects of cannabis for sleep use

Cannabis can be helpful in bringing about sleep. It does have side effects that you should know. They include:

Where you live affects how you can use cannabis

Even if you live in a state where cannabis is legal without a prescription, I recommend talking with your doctor, as you would before using any sleep aid or supplement.

Keep in mind, there are different ways to ingest cannabis besides smoking, which obviously carries health risks. If you’re considering cannabis for sleep, I recommend using a tincture or vaping, so you don’t expose yourself to the health hazards associated with smoking.

And remember, you can use many of the natural compounds found in cannabis on their own, in isolated form or combined with other natural ingredients. Many of the sleep-encouraging terpenes found in cannabis are also present in sleep-promoting essential oils and natural supplements, including hops, ylang ylang, and lavender.

CBD is fast-growing in its popularity as a therapy for sleep, anxiety, and cognitive performance. The benefits of CBD are so promising, I included CBD in my own sleep formula, Aktive Sleep Booster, along with other natural sleep-boosting ingredients including valerian and hops.

I hope this has been a helpful primer on some of the basics of cannabis and its influence over sleep. There’s lots of emerging scientific evidence about cannabis and its potent natural chemical compounds. I’ll be sure to update you as we learn more about how cannabis works and what it may be able to do for our sleep and health.